Local Communities Development Initiative (LoC-Din) is a registered nonprofit and nonpolitical Organization formed with the vision to spurring local economies in Nigeria into self-sustainability. 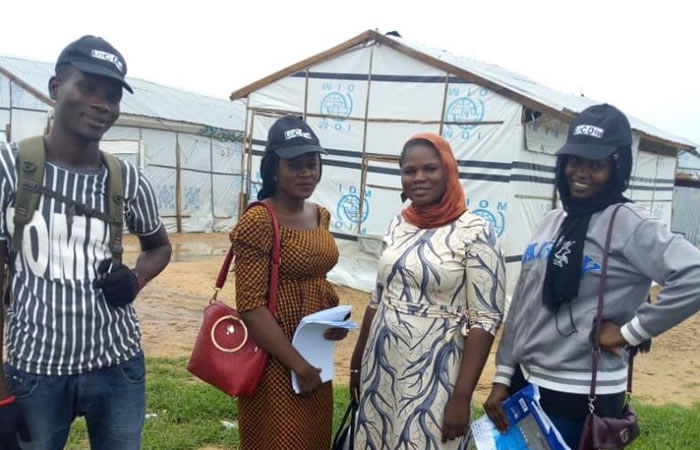 A wonderful serenity has taken possession of my entire soul, like these sweet mornings of spring which I enjoy with my whole heart. I am alone, and feel the charm of existence in this spot

Nigeria is listed by the World Bank among the low income countries of the world. The northern part constitutes the poorest region of the country, a situation which is made worse by the activities of Boko Haram insurgents in the area in recent time. Most people in the region have not only lost their livelihoods, but have also been reduced to the statutes of IDPs and Returnees. The people’s livelihoods currently depend on interventions from NGOs, government agencies and concerned individuals from within and outside the country. A team led by Zainab Sule from Local Communities Development Initiative (LoC-Din), travelled from Abuja to Borno State on August 15, 2018 to join in efforts towards alleviating the sufferings of the vulnerable populations in the Nigerian north-east.

Mission Objective
The objective of the visit was to carry out a random assessment of the plights of the Boko Haram affected populations and communities based on firsthand experience and physical interactions with the people.

Visit to IDP Camps
The following day being Thursday, August 16, the team visited Bakasi and Mosine IDP camps both located at Damboa road, Maiduguri Metropolitan Council (MMC). Interactions with the IDPs revealed a situation of severe hunger, poor personal hygiene and a life devoid of any good sanitary condition. In fact, on sighting LoC-Din team approaching the entrance of Mosine camp, a teenage girl of about 8 years whose name withheld could no longer endure but cried from a distance “dan Allah, kun kawo Indomie ne?, dan Allah, kun kawo Indomie ne?”, a cry for food that shows the innocent little girl had actually endured a long period of hunger and therefore desired to be fed urgently. Speaking with the Mosine camp chairman/coordinator (Mallam Modu Awani) on experience so far and government’s response and plans to resettle them in their original homes, the chairman summarizes in his words thus;
“We have been here for more than 3years now. Our houses were destroyed by Boko Haram that’s why we are here and up till now, we don’t even know our fate. We don tire to dey stay here because we are really hungry and not comfortable here.”
The team also observed that the affected populations are obviously psycho-socially traumatized considering the harsh condition of life faced by the people especially women and children.

Visit to Host Communities
On August 17, 2018, the team proceeded to Madinatu and Gongulong, two of the at-risks communities in Jere LGA for further interactions and assessment of the real life situation of the people. The story was not any different from what is obtainable in the IDP camps. Apart from the fact that the people live in perpetual fear, they are there to contend with a disturbing situation of overcrowding as those dislodged from neighboring villages and communities had to be accommodated temporarily in a somewhat more secured condition. It was gathered that inadequate water supply, hunger and food shortages are a prevailing living conditions of the people. Speaking with women group and children who are usually the most vulnerable in crisis situation, the team gathered that 10-12 people now scramble for just a sleeping space as compared to 5-7 persons in the pre insurgency time.

Recommendation
LoC-Din is urging the government and its agencies at all levels, international communities, NGOs, donor agencies, Civil Society Organizations and relevant stakeholders not to relent but intensify efforts towards restoring the livelihoods of the displaced people in the Boko Haram ravaged areas of Borno State.
See pictures of the visit bellow as LoC-Din plans an intervention Visit to the area soon.

Where to Find Us

Sign up for our latest news & articles. We won’t give you spam mails.